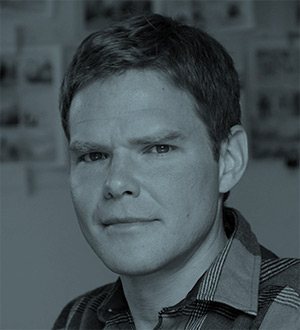 Originally from Oklahoma “by way of California”, Dalrymple is one of the founders of the New York City-based Meathaus Collective. He attended New York’s School of Visual Arts as an Illustration major and has been creating comics since 1999.

Dalrymple currently resides in Portland, Oregon, where he is working on the second volume of Pop Gun War, to be published by Dark Horse Comics, as well as illustrating the ten-issue series Omega the Unknown, written by author Jonathan Lethem and published by Marvel Comics. He describes his work style as “fourteen-hour workdays filled with ecstasy, torment, and procrastination.